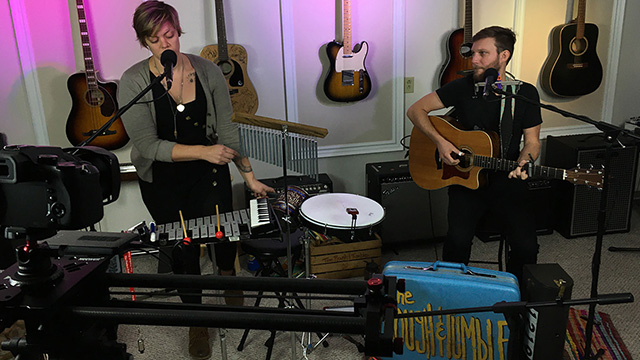 Multi-instrumentalists Mallory Graham & Scott Tyler make music together as The Rough & Tumble. They gave up their permanent home in 2015 for a life on the road with their dogs; traveling from gig to gig in their small RV. Their latest album “Howling Back At The Wounded Dog” from 2019, was recorded in just five days in East Nashville with Dave Coalman, and features ten new songs that see them proudly moving forward after what they describe as a year of honesty, with time to reflect on some of the challenges they have faced in their lives. It’s already picking up some critical buzz, and feels like a bit of a game changer as far as their career is concerned. The song “The Hardest Part” from “Howling Back At The Wounded Dog” was the winner of Best Americana song at the 2019 Independent Music Awards. The Rough & Tumble were also voted The Listening Room Network’s 2019 Artist of the Year.