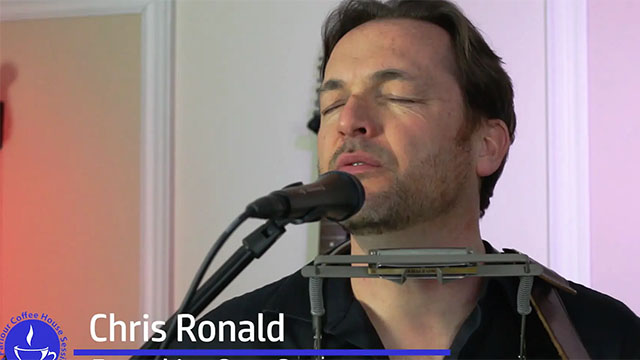 Vancouver based singer-songwriter Chris Ronald moved to Canada from England in 2002 and has built himself a great career, as a songwriter renowned for his song craft, with an Americana and Canadiana sound that has been described as “Canadian folk with British roots”. Chris released a lovely fourth album, “Fragments” in 2017 on the Canadian folk label Borealis Records, the follow to the album Timeline from 2014, which earned him a Canadian Folk Music Award nomination for English Songwriter of the Year. In live performance, whether solo or with his trio with multi-instrumentalist guitarist John MacArthur Ellis and fiddle player Mike Sanyshyn, Chris draws on his abilities as a highly skilled singer, storyteller, and musician to deliver a fabulous show.